Teheran Slap For The U.s. 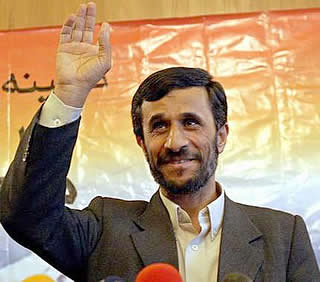 The success of the implementation of the International Conference on terrorism and the meeting of the leaders of the neighboring countries of Iran in Tehran, gets the spotlight area media-regional and international media. The US newspaper, the Wall Street Journal, Monday (27/6) assess the amount of the deal between Iran, Iraq, Pakistan and Afghanistan in Tehran as a blow to the United States. The increase, the implementation of the Tehran Conference and the participation of the leaders of Iraq, Pakistan and Afghanistan was an effort to strengthen its relationship with Tehran States, which belongs to the category of regional ally of the United States.

“Iran’s efforts in the middle of discussion of the gradual withdrawal of u.s. forces from Afghanistan and Iraq, sought to play a more important role in the region,” she wrote. “Mahmoud Ahmadinejad Meeting with Jalal Talabani, Asif Ali Zardari and Hamid Karzai, is a slap for Americans. Because, the Washington Center improves competition with Tehran, especially after the rise of the people in the countries of the Middle East and North Africa, “he added.

Afghanistan welcomes withdrawal of 33 thousand US troops in the country as long as 15 months. While the people of Iraq is also demanding the withdrawal of US troops in Baghdad-Washington Accord agreement. In Pakistan, anti-American sentiment is increasing following the routine attacks US troops to the area of customs and unilateral operations commandos superpower it to Pakistan.